Everything you always wanted to know about the top Edie Campbell

At 27 years old, the very bankable Edie Campbell is part of the closed circle of the planetary tops. She has a rose-colored

face, an aristocratic look forged in horse shows, a classical culture, and a British sense of humour… And enough

guts to publish an open letter about the excesses of modeling, in the wake of the great movement of freedom of speech

of the last few months. 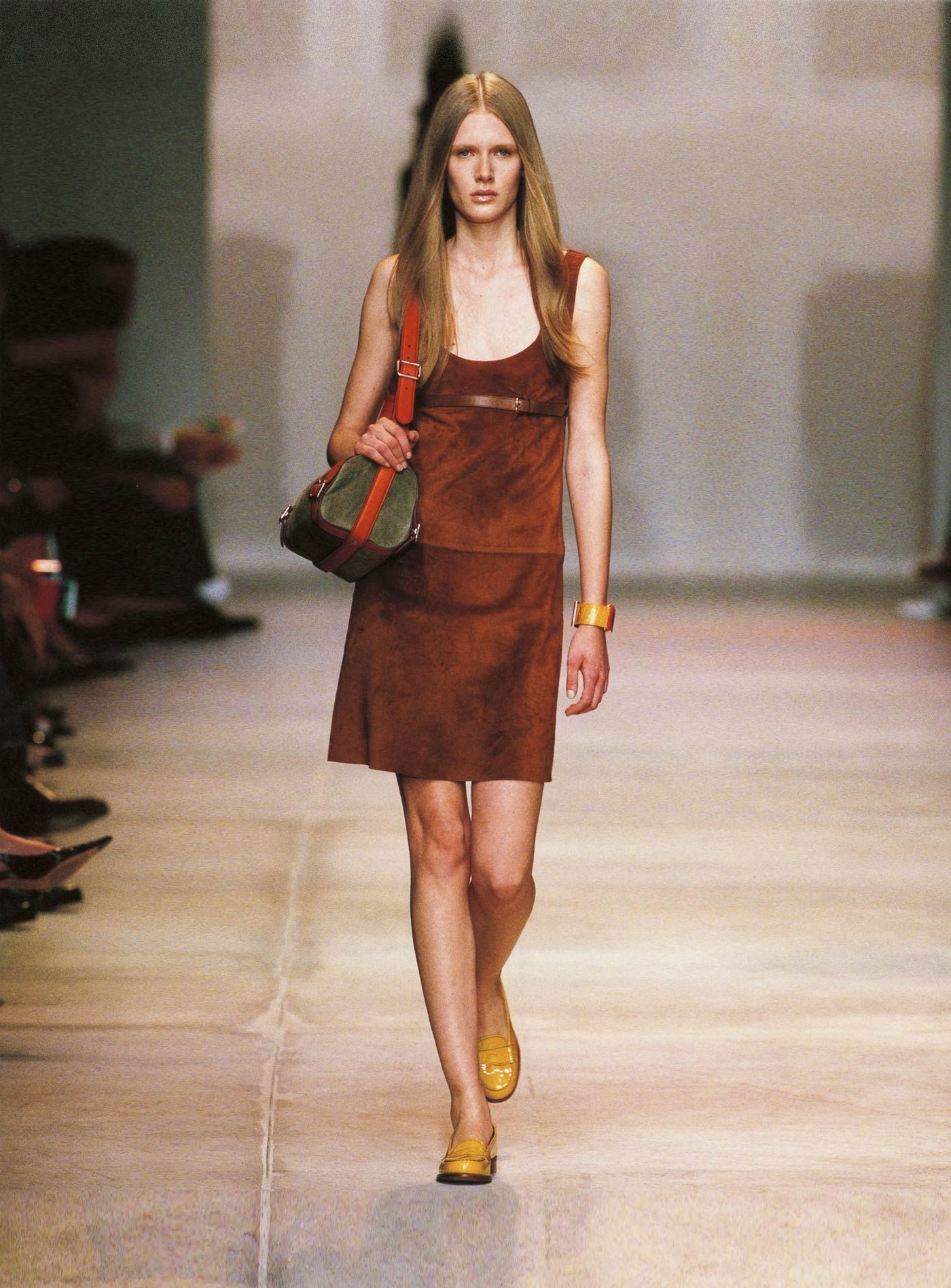 On Sunday, she flies from Mauritius (she was shot there for an upcoming issue of Vogue Paris) to London, where

she lives. On Monday, she is “on set” at dawn. On Tuesday, she is booked in Paris. On Wednesday, she has another

job in London. On Thursday, she takes off for New York Fashion Week. On Friday, we are supposed to talk to her

at 3pm (Paris time, 9am in NYC), but we receive a text message two hours before: “Call me anytime. x”. She had

warned that she might have to get up early, jet lag obliges. Obviously, what we describe there on five small days

is valid for the rest of the year. Welcome to Edie’s life.

Is it really necessary to dwell on the success story of this top ranked in the category “Icons” of Models.com,

the reference site of the fashion sphere, which counts one by one the appearances of the models in the newspapers,

on the advertising campaigns and the podiums? “Icons” = girls “who have built exemplary careers”, who are “the

authentic favorites of the fashion industry” and who, with a minimum of seven years of experience and professionalism,

“are the models’ models, which is reflected in their uninterrupted flow of prestigious bookings”, says the authors

of the ranking. At the time of writing, there are about sixty of them, divided between old and new generation.

In the second one, we find Edie, 27 years old. In the first, Stella Tennant, the other British woman to whom she

is often compared, relates to a beauty that could be described as aristocratic and a privileged childhood, among

Miss Campbell’s family fashion background is worth mentioning: her grandmother was a model, her younger sister

Olympia is a model, while her mother, Sophie Hicks, was an editor for Harper’s, Tatler and Vogue UK. Not to mention

a stint with a friend named Azzedine Alaïa, where she collaborated on collection design and a photo book. Becoming

an architect in the early 90s, Sophie Hicks has since signed many fashion boutiques (Paul Smith’s eccentric “boutique

house” in London, the Yohji Yamamoto flagship in Paris, the architectural concept common to more than 100 Chloé

stores around the world…), between two designs of ultra-contemporary houses or exhibition scenos for the Royal

Edie grew up in London, attended good schools and spent her summers in Northamptonshire. The family rents a cottage

there every year, which happens to be next to a riding school. One day her mother suggested that she try her hand

at pony riding. Bingo, Edie was soon a top level rider. Even today, when she is not in a studio, look for her in

the stables. Connoisseurs will appreciate the fact that she has distinguished herself in horse shows such as the

Gucci Masters or Glorious Goodwood. And the less knowledgeable will appreciate to know that in addition to Dolly

and Tinkerbell, she owns a horse named – it is not invented – Armani.

on their way in life. A Burberry campaign (co-starring Kate Moss) followed and the business was launched. In a

few seasons, she was in all the magazines and on all the catwalks where she had to be seen.

She has been in Saint Laurent, Vuitton, Miu Miu, Fendi campaigns… She has walked the catwalks of Chanel, Chloé,

Teller, Inez & Vinoodh, Craig McDean or Mario Sorrenti… The impression she keeps from her debut? “I remember

being quite nervous. To have even had, at times, like a desire to flee… It’s not easy to learn to be self-aware

in front of the lens when you’re so young.” In 2022, she received at the British Fashion Awards the Model of the

Year award, which she greeted with this deadpan comment: “Models don’t usually talk. This intervention could mark

the end of my career.” English humor. And above all, humor of a girl with a good head, who finds regrettable the

cliché of the top decerebrate, even if globally, she does not care a bit. “It has never bothered me so much. Basically,

it’s not worse to be underestimated: you can always surprise people by saying something clever.” The first years

of modeling were a headache, planning-wise: it was necessary to make the shoots compatible with classes at the

Courtauld Institute of Art at the University of London, where Edie was taking a degree in art history. “It was

very complicated. I’d go to New York, hop over to Paris, come back to London one afternoon to take exams… But

I was adamant about combining everything, and I didn’t give up.” Presumably, the savvy Sophie Hicks had to find

the words to downplay the fashion game. “Of course my mom made a difference. Because of her, I always had respect

for the industry, I knew how to appreciate it, without being turned upside down by it either. I also came with

a knowledge of fashion history. It helps to have confidence, no doubt.”

Confidence is also what it took for him to publish an open letter in WWD last November, the month after the first

allegations of sexual assault against American producer Harvey Weinstein. “When the Weinstein case came out in

the press, I immediately thought that something important was happening, that people were going to be able to talk

about things that they were too embarrassed or ashamed or afraid to reveal before. And I thought that, in the same

breath, fashion had to go with it. I’ve never experienced abuse of that nature, but the subject does exist, it’s

a fact.” Cf. a number of recent scandals to which it is unnecessary to return. In her letter, Edie believes that

the cause of the problem is what she calls the “artist-genius complex”. Explanation: “I find that some people in

the fashion world are forgiven no matter what they do because their work is good. The quality of what they produce

makes them untouchable. Their way of behaving is not questioned. They go beyond the limits, so what? Their talent

makes them pass everything. Because their talent sells. There has been a lot of talk about power in the last few

months, since the declarations have multiplied. But power only exists because it is underpinned by money. Fashion

remains a business.” He continued, “We live in a world where people confuse success, power and strength. When you

reach the top, you are inevitably confronted with individuals who abuse their position. Was I sexually harassed

in any way? No. Was I or my agent yelled at? Yes. And that’s a problem. The fact is, I’m strong enough to deal with it, especially because I’m 27. But 17-year-old models can’t handle it without being affected by

it… That’s also why I published this letter. I am hopeful that things will change. It seems to me that

everyone is asking themselves if this behavior is right, if this way of acting is normal or not. This

what the word “professionalism” means, when you are a model. She hesitates, sighs, lets out a little

bored laugh. “It’s hard to be purely professional, because the job is so busy that the border with private

life is often thin… Other than that, being a pro doesn’t just mean being present and smiling. You have

to be a performer on demand, which is far from obvious.”

Last year, Edie needed a break. She took a break from Christmas to March, just to take a breather. Apart

from modeling and riding, she started writing and now contributes to magazines – Love, among others.

But she returned to the stage. Why? “Because I fundamentally love making fashion images: Shoes . It’s a joy for me. I’m always so happy to be working.” She even posits that this ongoing enthusiasm

is the reason she keeps getting booked. So be it. Let’s say she had a daughter someday, and that daughter

could see herself following in her footsteps. Would she let her? “Of course, if she wanted to. Fashion

has been an incredible opportunity for me: https://gunjohn09.bravejournal.net/post/2022/06/01/NBA-Boston-Celtics-Jersey-boston-Celtics-NBA-Jersey-men-NBA-Boston-Celtics-11-Irving, I don’t see why I would deprive her of it. I believe in the dream that fashion represents:

. It’s not incompatible with finding that she needs to challenge herself, from time to time…”