She founded one of the most influential press offices in fashion, managing over 300 people in Europe, the United

and lifestyle brands and even artists, and organizes sumptuous fashion shows and parties, which she has always

attended, as she has done for the past 34 years. We were able to catch the elegant German woman in Paris, just

back from London and already on her way to New York. How did your career start? In the early 70s, by chance. It was a time when fashion was far from having the

importance it has today. I was studying in Japan and was offered to work as a model. I thought it would be

a nice way to finance my studies rather than teaching English and German. This world fascinated me. I was

sent to Paris, Milan… and I never returned to finish my Japanese studies.

Were there any decisive encounters? Yes, with Elio Fiorucci, whose brand was then one of the coolest of the

moment. He asked me to take care of his press relations, which I did until he sold his company. Then I went

into consulting, especially for Italian brands that were having trouble understanding the Japanese market,

and in 1982 I started my own agency in Milan. Very quickly, I worked with Jean Paul Gaultier, Prada, Marni,

How did you make the transition from modeling to press relations? At the time, fashion was a niche. There

was no dedicated education, and the only possible training was to be part of this world, to be in contact

with photographers, stylists and make-up artists, to know how to organize a shooting… Which was my case.

And then I spoke several languages, I had experience abroad. It was quite easy, actually.

In thirty-four years, how much has your job changed? The huge difference is the speed with which you have

to work: everything has to be immediate since the arrival of the internet, and Instagram has further intensified

the pace. Apart from that, the core of the job remains the same: to develop strategies to promote designers

who need to be well advised to make the best possible choices.

Why did you start working with lifestyle and beauty brands? There’s a natural limit to the number of clients

we have in fashion: those we can’t handle because it would conflict with the ones we already have, those

who prefer to go elsewhere, those who don’t fit. And then today, all the domains merge: almost every designer

has launched a beauty line, which was not the case ten years ago; it was natural that we take care of it.

At the same time, fashion is getting closer to art, to design. Many other sectors want to target the same 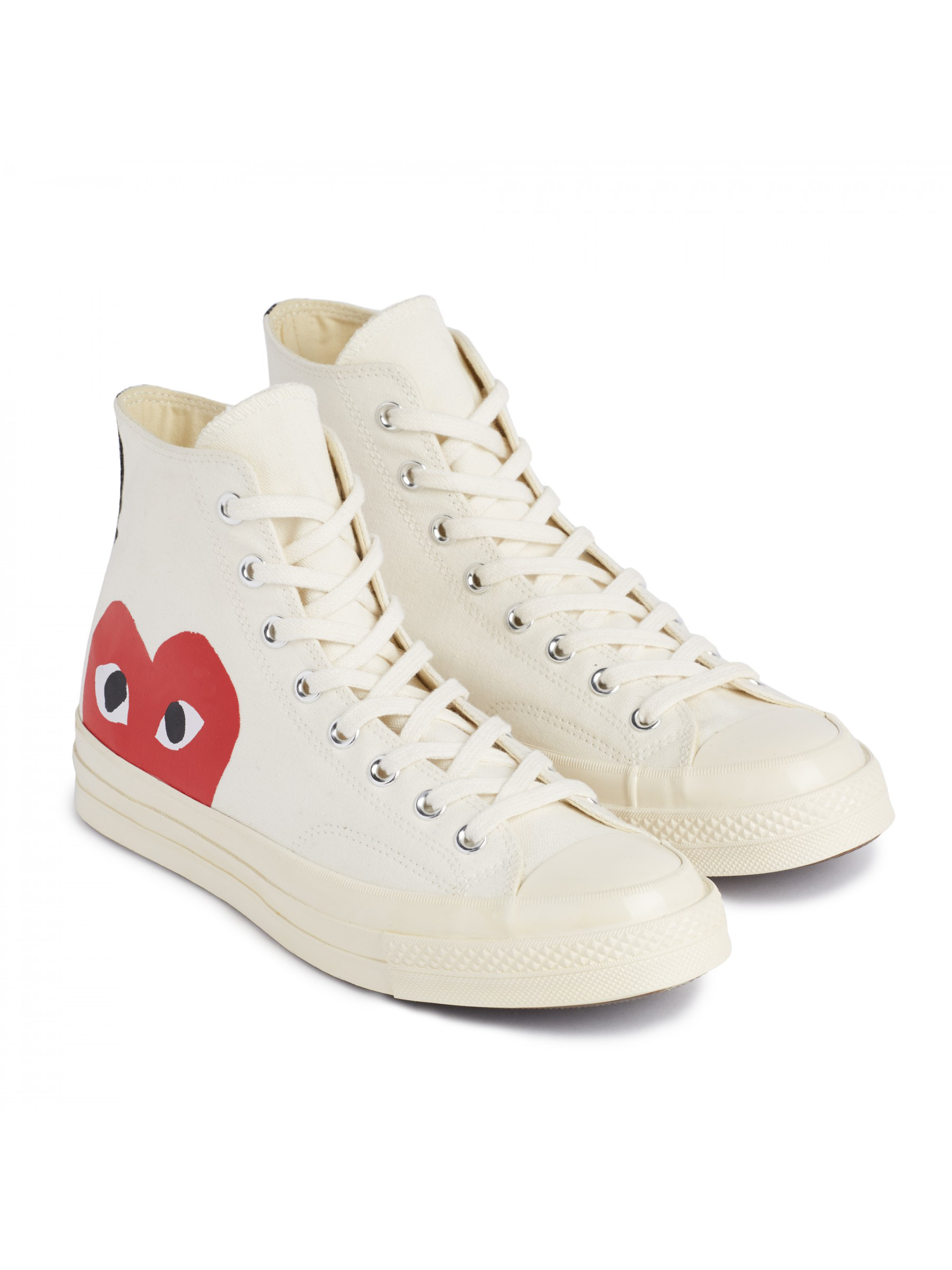 After more than 30 years of fashion, you are not tired? No. You can always be motivated, it’s a question

of character. I find many of the designers we represent very exciting, like Simone Rocha, J.W. Anderson

for Loewe, Craig Green, Erdem… Or someone like Demna Gvasalia! Fashion has changed a lot in the last

decades, but I wouldn’t say it has become less interesting.

How do you see the future? Today, you have to have a VIP service: when you dress Beyoncé in Cavalli for

a red carpet, you get incredible publicity. This is the current fashion, we have to adapt, but I hope

that the entertainment side will not take over. Also, I fear over-commercialization. Why would we need

to buy an object the moment we discover it? Why can’t we keep the desire alive and wait four months before

it hits the market?

Are you skeptical of the new see now/ buy now policy? Let’s take the example of Burberry: the brand showed its collection to the entire press in June. Then,

for the same collection, a show was organized in September in London during the fashion week: http://domhoffefsuzanne.unblog.fr/2022/01/01/nike-team-hustle-pink-nike-team-hustle-preschool/, this time for the public, since it was broadcasted live on the internet and the clothes were then available

in stores: https://postheaven.net/breadbirch2/air-jordan-10-retro-d-pink-mens-air-jordan-retro-10-air-jordan-10-white-d . The press attended, but why bother? They had seen it three months before. I don’t think that young creative designers

are going to follow that logic, at least not now, because it’s hard to work like that. And most of them are still

making adjustments hours before the show. How could they be done four months in advance?

What advice would you give to a young designer starting out today? To exist among the thousands of brands already

present, you have to be really good and have a lot of courage. But our time has an advantage: if he has talent,

the designer will be spotted by the right people, even with a small collection of ten pieces. You don’t have to

Is the way you dress important to your work? Yes, of course, our look always sends a message. Personally, I don’t

think you have to be dressed by designers from head to toe and I have no problem wearing clothes from previous seasons:

https://www.cakeresume.com/me/epoxylily3/ . I don’t post pictures of myself on my Instagram. I would find that very stressful because I know it’s a lot

of work. I don’t want to wear power dresses http://suppdmelcapme197.unblog.fr/2022/05/29/jordan-retro-8-white-varsity-red-bright-concord-jordan-retro-8-bright-concord/, it’s not my personality. I’m discreet, I prefer to promote the clients more than myself. Look today: I’m wearing

jeans and Birkenstocks: https://setiweb.ssl.berkeley.edu/beta/show_user.php?userid=9021187, it’s my German side!